On the weekend of the 13th and 14th of October the 2nd joint conference the Spiritist Council and the Medico-Spiritist council was held in Menton, on the French Riviera.

Our group, known as project 1868 was happy to take part in the 1st day of the congress, devoted to the philosophical and doctrinal aspects of Spiritism.  We were unfortunately unable to attend the second day, which was dedicated to the medical and scientific aspects of spiritism.

Before going further, we would like to commend the faultless organization of Richard Buono, the president of the French Spirit Council and his team, in the splendid setting of the Europe Palace building, in the beautiful sunny town of Menton.  It was just as pleasing and inspiring to meet the volunteers of the CSLAK (Allan Kardec Spirit Centre of Lyon), as well as Philman, the publishers.

We were surprised by how many delegates were at the congress, certainly a few hundred.

The main point of the two days was for spiritualists from all over the world to meet and converse about religion and philosophical and scientific approaches.

Let’s begin for once at the end.  The day was injected with intense emotion during the speech of the eminent Divaldo Perreira Franco.  Her wise, amusing and luminous discourse ended with an inspirational prayer, certainly with the support of the great guides and with a cosmic reach.  Many delegates were visibly moved and in tears after her speech had ended.  Each word of this marvelous prayer seemed to emanate from Divaldo to come, transported by fluids, to seize our hearts and to draw out our deepest feelings.

It has to be said that this perfectly orchestrated day only got more intense as it went on.  Each of the great speakers brought their own note to this beautiful symphony.

The moving presentation of Doctor Juan Danilo Rodriguez who presented us the work of Manaso de Caminho, the house for children in need as well as the programs for hospitals, schools and training institutes created by Divaldo Franco.

The work of development, harmonization and convergence undertaken by the French Spiritual Council, is presented by Richard Buono, to promote the expansion of spiritual philosophical doctrine in France. Volunteers are sought to participate in an important program of translation and proofreading of Brazilian content or the development of solid groups and centers, under the guidance of the French Spiritual Council.

We were fortunate to have a presentation of the actions, issues and functioning by the presidents of eminent federations and centers in Brazil, the United States, Portugal and Italy,

The presentation of the work of Celia Diniz, president of the Luiz Gonzaga center, Pedro Leopoldo, the most important Spiritist center in Brazil and a testimony of her life and her childhood with Chico Xavier.

It was also the opportunity to present her book “Overcoming the pain of death” following the loss of two of her children, or how to live with grief and emotions even when one is a Spirit

The impressive intervention of Father George of Saint Hirst, an exorcist priest who drew a parallel between the demons and spirits he faced in more than 1000 exorcisms and dispossessions practiced by the Spiritualists. He teaches us that the word obsession has, since 1999, been reintegrated into the practices of Catholic exorcism and that the Church tends to be aware that it is not only demons but also the souls of the disembodied who can possess the living. He invites us to put these differences aside.

Spiritism was ignored for a long time and little considered by the dominant structures which felt their supremacy to be threatened.  We must focus on our similarities and not our differences which may still be many. He stressed that Christian values ​​permeate Spiritism and a reminder that man, limited and bound to matter which obliges him to set limits, cannot develop a spirituality without a framework. Indeed, without a frame, the mind develops a drifting spirituality. To walk a path is to seek, and to seek is to draw nearer to the truth. His intervention was applauded for a long time.

Yvon Doyle, the president of the Canadian Spirit Council, gave us food for thought on the evolution of our society’s laws on love and morality.  Why do so many laws frame and support free will in the face of acts which seem removed from divine laws?  Are these the symptoms of a lack of feelings which have come about from love and morality?  Why do so many of our brothers decide to end their lives? He invites us to love ourselves, to love incarnation, to love the others and to love God.  Be careful of the mask of ego which would lead only to a pseudo-love.

Finally, this day rich in encounters is also going to dynamize the development of our group.  Our prayers and thoughts are directed towards embodied and disembodied spirits and the guides who carry and support us in this project and who we would like to enlighten our work sessions and our development in good and commendable moral conditions, in bettering ourselves and in deeds for others. 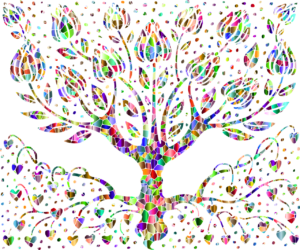 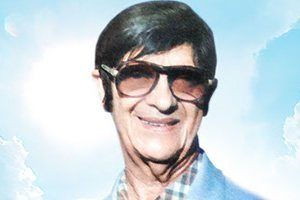